A Request for Proposals was released in June 2017, yielding proposals from artists around the globe. The winning design went to Chicago-based artist Nick Goettling. His artwork, “Connections and Constellations”, presents a gentle image of the night sky that projects images of Evanston in the constellations above through the viewpoint of a cat’s cradle. He designed the piece to be both calming and thought-provoking to the many commuters, residents and visitors to the area whether they see it once, or every day.

Preparation for the wall and painting took place over the month of September 2017. This mural helps further enhance the attractiveness of the district, draw more positive attention to the vibrant businesses along the street and surrounding neighborhood, as well as complement the mission of the Evanston Art Center.

Nick Goettling has been producing large-scale murals across Chicago and around the county since 2011. He grew up in the forests of Washington State, where he earned his Bachelors of Fine Arts from The Evergreen State College with an emphasis on narrative drawing and painting. His art practice led him to Chicago, where he helped found Platform Studios in 2011.  He has made work for public agencies and private clients throughout the country, including The Museum of Science and Industry in Chicago, the cities of Portland and Tacoma, Northeastern Illinois University, Lagunitas and Stevens Point Brewing, Clif Bar, and others. 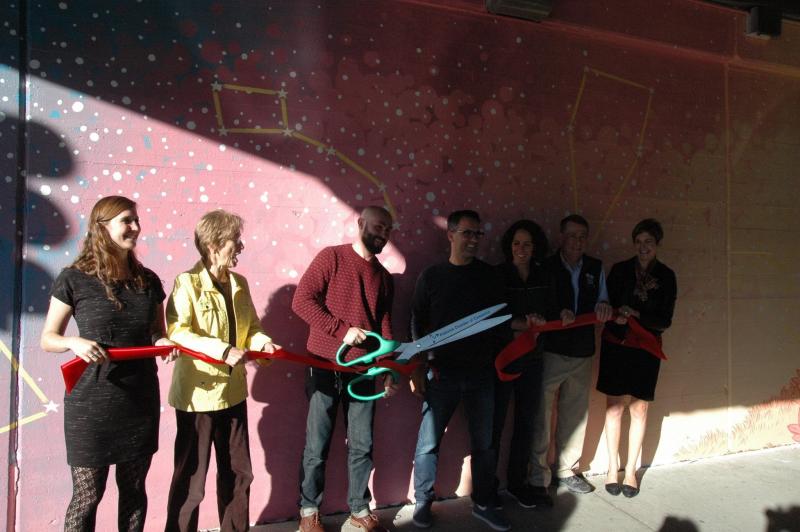