Damon Locks is a Chicago-based visual artist, educator, vocalist/musician. He attended the Art Institute of Chicago where he received his BFA in fine arts. Since 2014 he has been working with the Prisons and Neighborhood Arts Project at Stateville Correctional Center teaching art. He is a recipient of the Helen Coburn Meier and Tim Meier Achievement Award in the Arts and the 2016 MAKER Grant. He operated as an Artist Mentor in the Chicago Artist Coalition program FIELD/WORK. In 2017 he became a Soros Justice Media Fellow. In 2019, he became a 3Arts Awardee. He recently completed 4years as an artist in residence as a part of the Museum of Contemporary Arts’ SPACE Program, introducing civically engaged art into the curriculum at Sarah E. Goode STEM Academy High School. In the spring of 2022, he taught his first semester in the Sound Department on improvisation at The School of the Art Institute of Chicago. Damon leads the Black Monument Ensemble and is a founding member of the band The Eternals.
List of Demands is a piece originally done for the exhibition Remaking the Exceptional: Tea, Torture, and Reparations | Chicago to Guantánamo, as a part of a series entitled, Keep Your Mind Free at the DePaul Art Museum. The original series was inspired by a graphic novel class the artist taught at Stateville Correctional Center at the start of the pandemic. This piece steps out on its own as an oversized declaration for underserved hearts.

"List of Demands" will be on view on EAC's east exterior wall from June 3 - September 12. Exhibitions are free and open to the public. Galleries are accessible.

Side/Lot activates the exterior of the Evanston Art Center with public art and time-based media programming including sculpture, video, performance and dance. Our curatorial mission is to support experimental contemporary art projects by artists in Evanston and our region, in an effort to highlight and connect artists with contemporary art practices in our community.

Side/Lot is a curatorial project of artists Mat Rappaport and Anne Hayden Stevens.

Being heavily influenced by punk culture and street style, I approach large-scale surfaces (like a mural wall) the same way I approach decorating punk jackets and designing zine layouts. A mixture of DIY-style graphics, personal iconography based loosely on doodles, and the physicality of cutting and pasting culminate playfully in this mural titled "Doodle IRL." Recently, Virgil Abloh moved the Louis Vuitton pop-up into a town that was covered in an all-over pattern with the company's signature logo. This is my response to the spectable of the all-over patterned building, but in my own style. Wheatpaste, with its history in countercultural graffiti and guerrilla art, was used to facilitate this mural. Large-scale Xerox printouts were pieced together and pasted with wheatpaste to create a loose backdrop for skate videos, selfies and however the public chooses to interact with the piece.

SIDE/LOT, an experimental video showcase of work by local Evanston artists, will present an outdoor screening that will take place on the north side of the Art Center on June 1, 2018 at 8PM, in addition to regularly scheduled indoor screenings throughout June (scroll to bottom of this page for the full filmscreening schedule). Featured filmmakers include Jonah Charlton, Sabba Elahi, Joey Garfield, Alice George, Kevin Valentine, D65 Animators (Benji, Faith, Finn, Jahvon, Josie and Sophia).

As a part of this collaboration, artists Erin Hayden and Jeff Robinson will present a large-scale outdoor installation titled SELL ME DIRECT that explores the liminal state of parking lots. This work engages the east side of the Evanston Art Center (facing the entrance and within the parking lot). With structures of spending and navigating on the mind, Erin Hayden and Jeff Robinson installed a set of interrelated works which address the parking lot as a cultural space. Erin Hayden’s installation consists of three banners that extend the height of the EAC building to create a digitally collaged image that presents the parking lot as a playful transitional setting from car to shop. Jeff Robinson’s installation is located in front of Erin’s installation in the gravel area that separates the building facade from the parking lot. Jeff’s installation consists of three sculptures approx. 6ft tall, each containing imagery culled from highway, road, and parking signage. While Erin Hayden’s work is a flat hanging mesh fabric, Robinson’s work consists of wood and other sculptural material meant to be viewed straight on like the way we watch television, ready to consume all its messages. In ​Sell Me Direct, ​Erin and Jeff present discreet works, which placed together amplify their exploration of site, infrastructure and consumer culture.

Sell Me Direct ​is curated by Mat Rappaport and Anne Hayden Stevens, curators of the Terrain Biennial in Evanston. In this installation, designed specifically for Side/Lot at Evanston Made, the two artists exploit the liminal state of the parking lot. Robinson's sculptures point to the anxiety and heightened awareness we feel when in transition. Hayden's large banners explore the anticipation of acquisition. As curators, we appreciate the way these two pieces enhance each other while having distinct visual language. The scale and visual vocabulary are harmonious with the outdoor site. The full installation is both whimsical and reflective, aesthetically powerful and gently humorous.

Artist Bios
Erin Hayden currently lives and works in Evanston and Chicago. She received her MFA in Art Theory and Practice at Northwestern University. Her work has been exhibited in various cities across the US and abroad including at Stony Island Arts Bank and Galleria d’Arte Moderna e Contemporanea Torino. Solo exhibitions of her paintings and video work have been shown at Mana Contemporary Chicago and Randy Alexander Gallery. She has been an artist resident at the Ragdale Foundation, the Banff Center for Arts and Creativity, and was recently awarded to be one of Chicago Artist Coalition’s Bolt Artists-in-Residence. In 2017 she was awarded a Luminarts Fellowship. She has been featured in reviews and publications including ​Frieze​, the Chicago Tribune​, Lori Waxman's ​60wrd/min​ art critic, and ​NewCity Art​.

Jeff Robinson is an artist and curator based in both Evanston and Springfield, Illinois. He received his MFA degree from Illinois State University in 2011. Robinson has exhibited at venues that include Roman Susan (Chicago), Ski Club (Milwaukee), University Galleries of Illinois State University (Normal), Rosalux Gallery (Minneapolis), Outhaus (Urbana), and E. Tay (New York). His work has been published in New American Paintings and Manifest Gallery’s International Painting Annual. His work has been featured on Daily Serving, in ​NewCity Magazine (Chicago), and in the ​Riverfront Times (St. Louis), among others. In 2014, he received an Individual Artist Support Grant from the Illinois Arts Council. Robinson has worked as artist-in-residence at Ragdale (2017) and ACRE (2017). In addition to his studio practice, Robinson serves as Instructor of Art at the University of Illinois Springfield, as Director of the UIS Visual Arts Gallery, and as co-director (and co-founder) of DEMO Project. 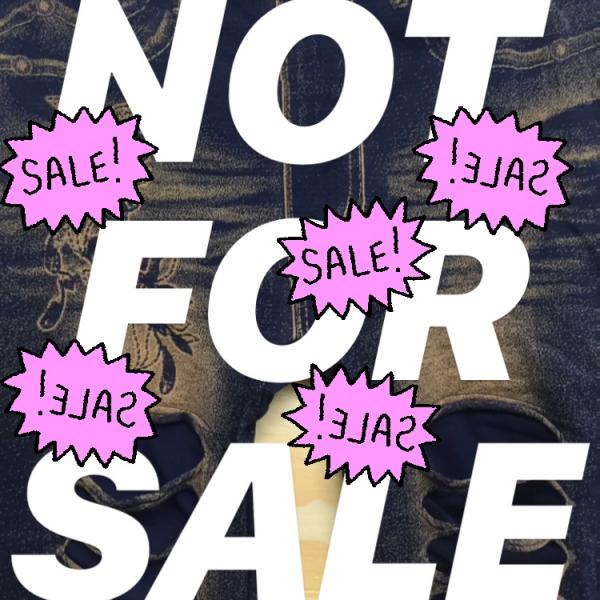 Saturday, June 16 at 1pm
Please join artists Erin Hayden and Jeff Robinson for an artist’s talk and performance. The talk will begin at 1pm inside the Evanston Art Center with a slide presentation about the artists’ work. The talk will be followed by a performance, titled NOT FOR SALE, outside the Art Center at their installation by Hayden and special guests. Hayden will activate the SIDE/LOT through a series of sayings and gestures that speak to the impersonal passageways we transition through on a daily basis while also hosting a selection of past and present Northwestern MFA artists to perform, enacting the SIDE/LOT as a stage. Performers include Max Guy, Kandis Friesen, Shai-Lee Horodi, Hyun Jung Jun, Chris Smith, David Sprecher and Titus Wonsey.

CLICK HERE for film descriptions and more information on the filmmakers!