This exhibition is a retrospective of work by Sueko Kawamura (1923–2021), a longtime figure sculpture student and friend of the Evanston Art Center. 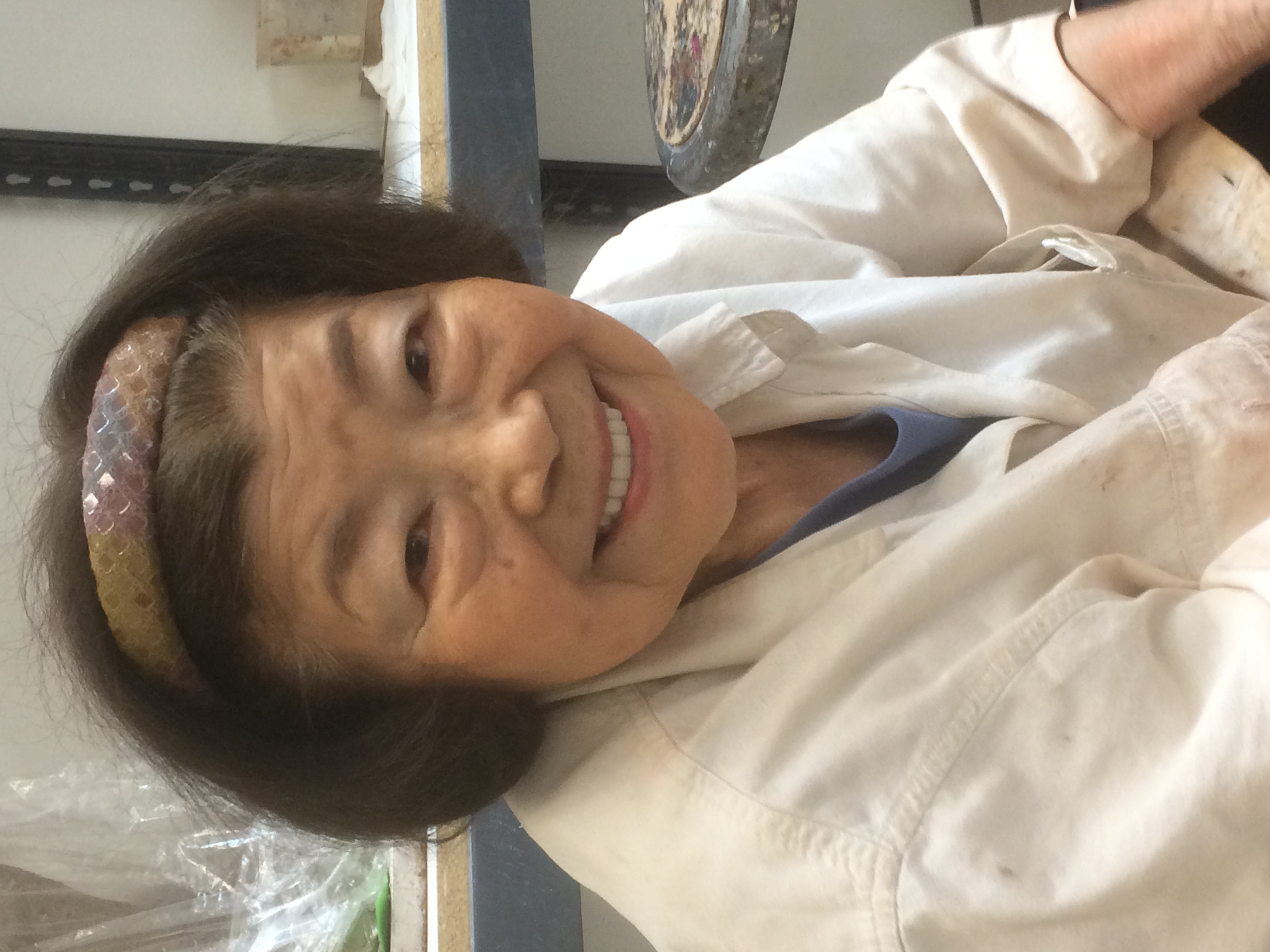 Sueko Kawamura, age 98, of Chicago, Illinois, died Feb. 27, 2021. She was born in Shinto, China in 1923 during her father's diplomatic mission on behalf of the Japanese government. Her father was a close personal friend and university colleague of the future Japanese Prime Minister Osachi Hamaguchi, who was assassinated during his term in office in 1930.

Sueko was the fifth of six children born of a diplomat father and a mother who was educated as a doctor, but practiced medicine only briefly devoting herself to raising the 3 boys and 3 girls. Sueko was the 5th born. The family was well placed in Japanese society both culturally and politically although all of that ended in 1945 at the end of World War II. Because her father had been stationed in China for some period of time, he knew many high-ranking Chinese officials who often visited their home in Tokyo. It was with such frequency to have high ranking Chinese visitors in their home that the government monitored their home 24 hours a day as the relationship between China and Japan was strained.

Sueko had very specific recollection of the bombings of Hiroshima and Nagasaki as well as the chaos those bombings created 600 miles away in Tokyo. Before that catastrophe, two of her brothers served in the military in the war against China and her youngest brother, but 18 years old, was drafted into the army in 1945. At that time, American bombers were engaged in regular bombing raids throughout Japan. He left for the army on August 2, 1945 just four days before the bombing of Hiroshima. The brother survived and told her when the bombs fell he was training to carry explosives in both arms and jump onto any US field tank he saw like that of a kamikaze.

She once wrote to a friend:

"However World War II taught me flexibility, resilience and wider perception. I was lucky that during the war I was young and strong. Believe me I understood American soldiers suffered as did the Japanese. I'm the lucky one, who was surrounded by 'foreigners' since my childhood. I never developed prejudices against nationalities, ethnic groups or persons of color."

Sueko was well educated having graduated college in Tokyo and after the war was employed at the National City Bank in Tokyo until she left for the United States in 1960.

Although Sueko was only 4'9" tall, small in stature, she was big in talent and in life force. She would often laugh at the idea of Japanese women being compliant. She personally had family issues as she eschewed traditional dress and refused the concept of an arranged marriage. So as a single woman at age 37, she left Japan for the United States.

Upon arrival in the United States, she was accepted as a student at Chicago's Art Institute where she majored in painting and minored in sculpture, ultimately graduating in 1964. At graduation, she received the coveted prize from the Alumni Painters Association. She took a job as a hat-check girl in a theater next to The Second City to help her learn English. She loved plays and was a long time subscriber to Steppenwolf Theater.

From graduation in 1964 until her retirement in 2000, she practiced her talent at Richard Rush Studios where she made architectural models for such projects as The John Hancock Building and the Sears Tower. At the age of 77, she returned to her love of the fine arts, painting and sculpture. Her works were displayed at various galleries and the Evanston Art Center.

Her life was extraordinary, her friends numerous and her accomplishments many.

This exhibition will be held in the Second Floor Gallery + Atrium of the Evanston Art Center (EAC). All visitors are required to wear face masks. Please adhere to 6' social distancing requirements when in the gallery space.