Pedro Velez is the first of six in house resident artists participating in the Evanston Art Center’s Society! Artwork In-Residence Program. Pedro is a multidisciplinary artist whose work merges his interests in journalism and art criticism into visual essays that take the form of large sculptural paintings, photographic collages, and limited edition posters. Velez’s work focuses on many topics branching from race, politics and other aesthetic concerns.

What will you been working on these next few weeks?

“I am creating this mural and I am also working on many other pieces of art that are displayed here. I am known as an artist that creates work based around politics, but I have found that political art can’t change anything. I don’t feel better about the problem afterward. Creating that has become less therapeutic then creating personal art.” He said that within the last year he has started moving toward the more personal side of creating. He wants to use this month as a time to find the balance between the personal and the political. He hopes for all of his art to have two meanings, it doesn’t matter to him if people understand both sides; the personal side is more for him. 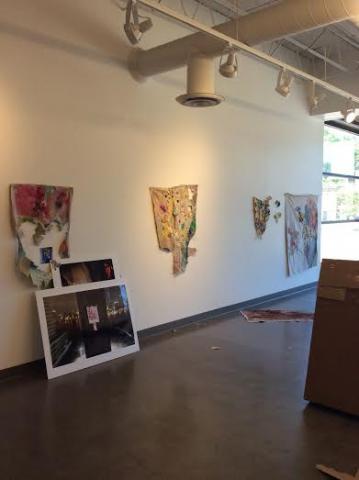 What would you personally like to take away from this experience?

“I want to use this to explore the question: what is a muse.” He has used beautiful women as muses, as many other artists have for centuries. So, he wants to test the boundaries and change that stereotype. “Anything can be a muse; a man or a woman.” He finds muses and inspiration in just about everything and wants to show that the definition of a muse is not so black and white.

What kind of art do you mainly focus on?

Pedro has been painting for years. Now that he has begun moving toward more personal artwork he has started to use more of the photographs he has been taking for years. “I have all these photographs that have been of the same kind of person or the same exact person and I only recently decided to use them for something.” He has now started using a lot of his old photographs to create new paintings. 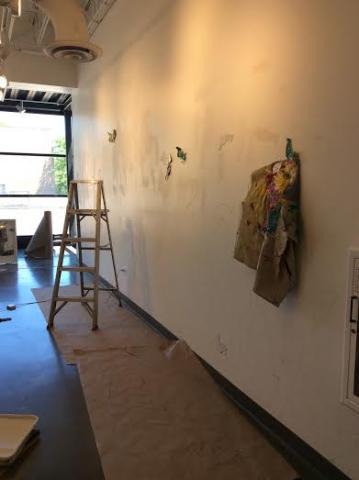 Where do you get your inspiration from?

Pedro gets his inspiration from just about anything. “I actually get most of my inspiration sitting on the Amtrak train, it’s one of my favorite places to take pictures, hear others conversations and imagine new ideas. But I gain inspiration from all of my experiences.” He has taken inspiration from past relationships, from writers, from buildings, from landscapes, just to name a few. 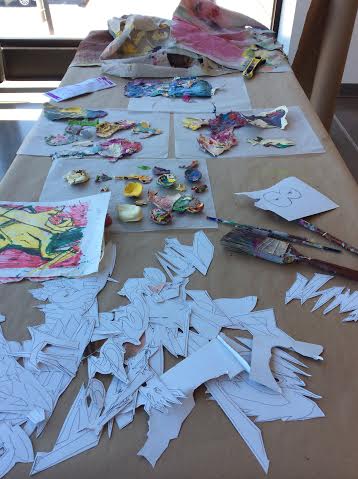 What do you want from the people of Evanston while you are here?

Realistically, he wants the people of Evanston to stop by and ask him questions about his work. He doesn’t want people to be afraid of asking the tough questions. He enjoys talking about politics and answering those more serious questions. He wants people to want to understand the meaning behind his art but understands that everyone will interpret it differently. He wants to share his work with the people of Evanston and hopes that it will start a conversation.

Pedro will be working in the Evanston Art Center’s second floor until June 30th.